The MB0034/5 is a "castellated" Board-on-Board (BoB) module. It has the following features:

To properly configure and use the FT2232 Universal JTAG module as an "Altium JTAG Adapter", you will need:

To configure the EEPROM first install FT_Prog from FTDI. Then, download the XML file attached to this project. Plug in the device on a spare USB port, and if prompted by Windows to install drivers, download and locate the FTDI generic Virtual Com Port (VCP) drivers - see also the external links for the driver download. After the drivers are installed, the device appears as an off-the-shelf VCP. Run the FT_Prog utility, and scan for devices:

You should see the new device appear with red text stating the EEPROM is BLANK: 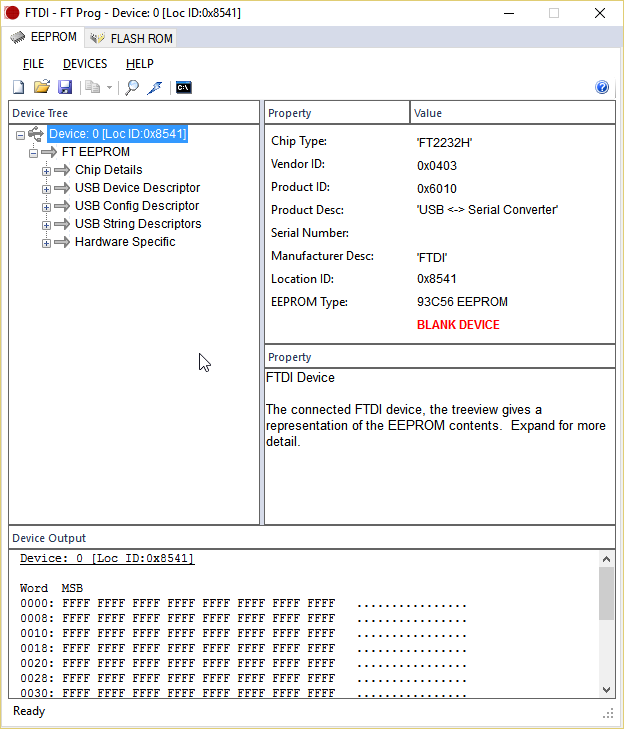 Right-click the root of the device tree and apply the attached, downloaded XML file template (if you haven't already downloaded it, go to the attachments section of this project and download it now): 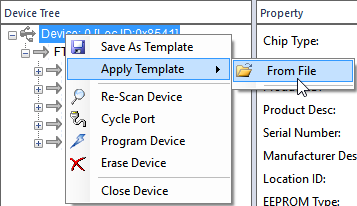 After programming, re-scan the device and you should see it has been programmed and has a new serial number with prefix "AL": 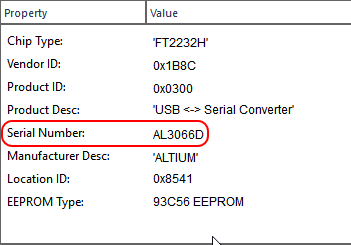 Guess what. You can copy or fork this FT2232HQ circuit into your own design and have a built-in JTAG adapter! Then, after you're done with debugging it you can reconfigure the FT2232HQ as a USB slave for whatever kind of microcontroller or IO you need - SPI, UART, GPIO or FIFO.

This module was one of several castellated "ModuleBoards" (hence, MB prefix) originally designed by the now disbanded Altium Hardware Team, as a replacement for the earlier DT01 and an example of the whole BoB (Board-on-Board) "LEGO" electronics concept. Although more than 70 ModuleBoards were designed, this is the only one that actually went to full scale production, as Altium sold and distributed serveral thousand DT05 Universal JTAG Adapters around the world, and this MB0034/5 module is the center of the DT05.

Since DT05s went out of production, but many people still request them from time to time, and also since all the components used in this JTAG adapter are still active production devices, we wanted to share it as an Open Source Hardware project in the CircuitMaker community. Now anyone who wants one, can build one!

Altium USA still has stock of quite a few cable kits for this adapter - with USB, MicroHDMI to flying leads, to IDC header, etc. If anyone needs one, call Altium.