Victorian state school families spent more than $400 million last year in “parent payments” on education essentials, sparking protests that the money is being used to compensate for the chronic under-funding of public schools. 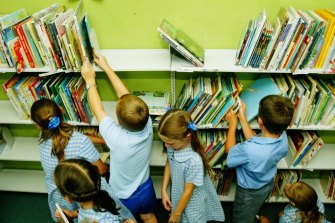 The record figure, $400.1 million for the 2019-20 financial year, equates to $619 in parental payments per child per annum, based on Department of Education and Training data showing there were just over 646,000 children enrolled in Victorian state schools last year.

Victorians consistently pay more in parent payments for public schooling than any other state or territory, Australian Curriculum, Assessment and Reporting Authority data shows. Total parent payments to Victorian state schools have risen by $160 million, or 66 per cent, since 2009.

The payments cover essential learning items students keep, such as books and stationery and curricular activities such as camps, excursions, incursions and sports. The figure also includes revenue from canteens and uniform shops, charges for out-of-school hours care programs and voluntary financial contributions.

The Department of Education and Training revealed the growing cost to parents in response to a parliamentary question on notice by Victorian Greens MP and education spokesman Sam Hibbins.

Mr Hibbins said Australia had “moved a very long way now from what should be a free public education”.

“It’s due to underfunding of public schools that more and more costs are being shifted onto parents, and sending your child to what should be a free public school is now costing parents a significant amount,” he said.

Victorian state schools have discretion to set their own parent payment levels, with no caps on what they can request, but cannot deny a student access to the curriculum if a family cannot or will not pay.

For example, Clifton Hill Primary School, which is the top one per cent of socio-educationally advantaged schools in the country, received $1167 per student in fees, charges and parent payments in 2018, MySchool data shows.

In the same year Gowrie Street Primary School in Shepparton, which is in the bottom four per cent, received $287 per student.

“It shouldn’t be about their capacity to pay,” Ms McHardy said. “It should be about how they can give children a quality education to meet their potential, without that pressure of having capacity to pay.” 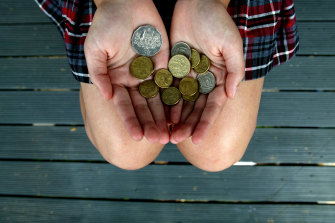 Parents are forking out on levies and giving up their time to help fundraise for their children’s education at state schools. CREDIT:VIRGINIA STAR

Varying parent payment levels also demonstrated the ways in which schools were driven to “get creative to cover budget shortfalls”, Ms McHardy said.

School leaders were putting time and effort into community fundraising efforts to cover basics, she said. “They have got enough to do: their priority is to teach our kids.”

A Department of Education spokesperson said schools “must develop their own parent payment arrangements in accordance with department policy”.

“These arrangements must be approved by school council, uploaded onto the school website and communicated to parents for transparency,” the spokesperson said.

Victoria’s Auditor-General investigated additional school costs for families in 2015, and found that “the principles of a free, secular and compulsory education were first established in Victoria in the Education Act 1872 [but] have been watered down over time”.

“Parents of children in government schools are now required under law and government policy to pay for items such as books, stationery and camps,” the auditor-general wrote in his report.

Anna Hogan, a researcher in the University of Queensland’s School of Education, is researching the flow of private money into public schools via a grant with the Australian Research Council.

She said fundraising in public schools had become the norm to prop up perceived government funding deficits.

School environments are increasingly commercialised, with corporate advertising on noticeboards, in newsletters and on sports equipment, Dr Hogan said. Some public schools have raised up to $1 million in a year.