The BLDC Controller is designed to be a part of a multicopter, thus the following Product Requirements are needed:

The image (from Atmel AVR444) shows the 6 states during the commutation:

The next commutation step is triggered by the floating phase. The floating phase is compared to sum of the three phases. When the floating phase exceeds the sum voltage (zero crossing) the controller doesn't directly switch to the next phase, it waits the same amount of time it already spent in that state. The circuit for comparing the phases is called Back electromotive force (Back EMF) network. In reality the feedback lines have to be low pass filtered and the sum voltage is generated by a resistor network.

The speed can be controlled by the voltage of the high level phase which can be varied through pulse width modulation (PWM). To change the spinning direction, you simply run the states from 6 to 1 instead from 1 to 6.

More information can be found in AVR444 in the attachments.

The circuit consists of the following parts:

The image (from the LM5106 datasheet) shows the IC circuitry, information about the function is placed below:

The LM5106 has an additional feature which is called dead time delay (leading edge delay). During the process of switching one transistor off and the other on, is a short time in the transient when both transistors are partly on. This causes a short circuit and an unnecessary current flow. The dead time delay waits after one transistor is off until it turns on the other one. The delay can be controlled by the resistor at the RDT input.

An Atmel XMEGA 16D4 is used to control the motor. It provides the needed comparator for the back EMF as well as ADC ports and enough PWM outputs. The XMEGA series is used because it sources faster clockspeeds, better timers and peripheral interfaces than the MEGA series. The controller can be programmed over PDI (Program and Debug Interface) e.g. with an Atmel MKII.

...are described in the schematics in the comment section.

The firmware was written in Atmel Studio in C. The source code can be found in the attachments.

A simple architecture is used to separate the layers:

The firmware uses the same 6 states described in the Trapezoidal Commutation section. 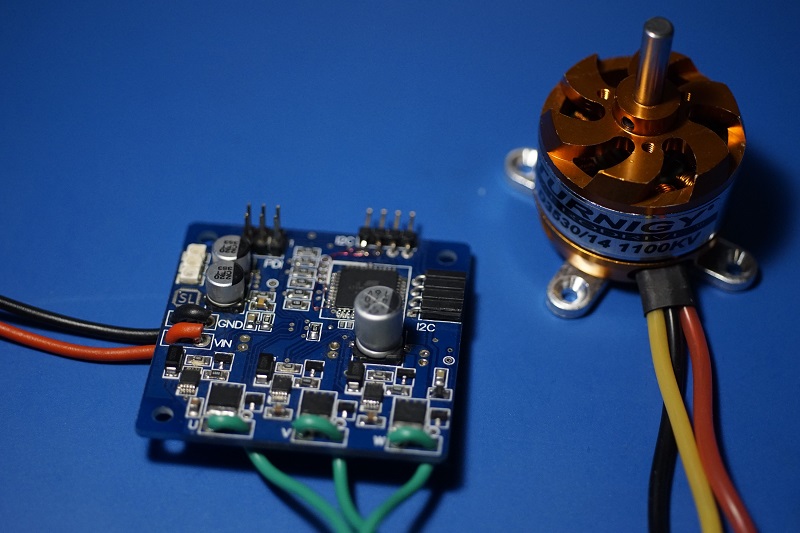 The board uses a size of 50mm x 50mm x 1.6mm with two copper layers and most importantly: it works! The only issue I had, was the overvoltage on the half-bridge drivers. But that can be solved with TVS diodes (added in revision 1.2).

In top left corner are three leds which show whether the board is running (top, green), the communication traffic (middle, green) and errors (bottom, red) e.g. when the motor is beeing blocked. 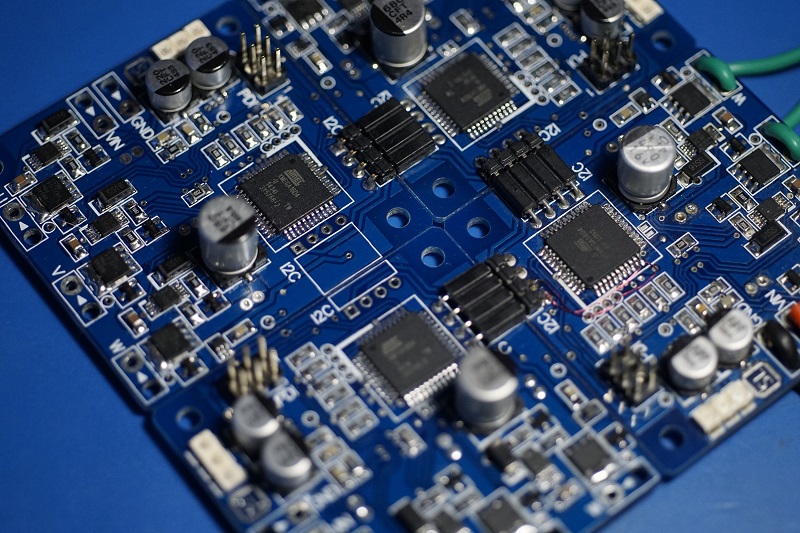 The I2C connectors are layed out in a way they can be interconnected with four boards. 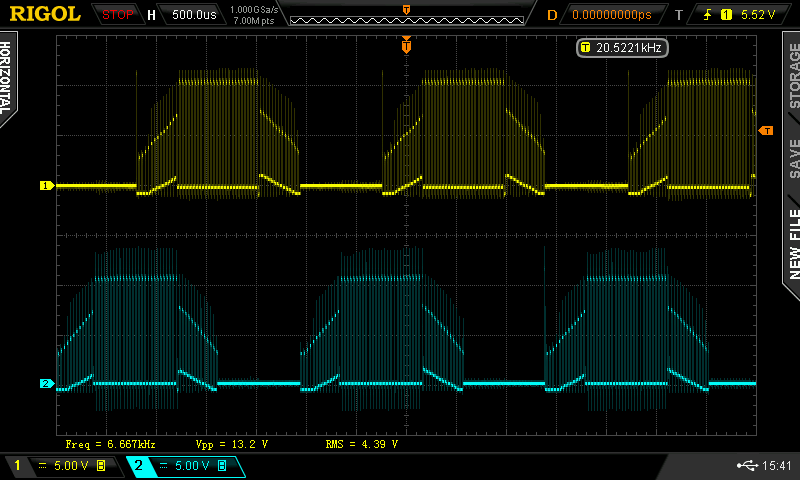 The chart shows the the phases U and V over time (PWM is set to 50%). The trapezoidal output waveform and the phaseshift is clearly visible.

Back EMF voltage vs time 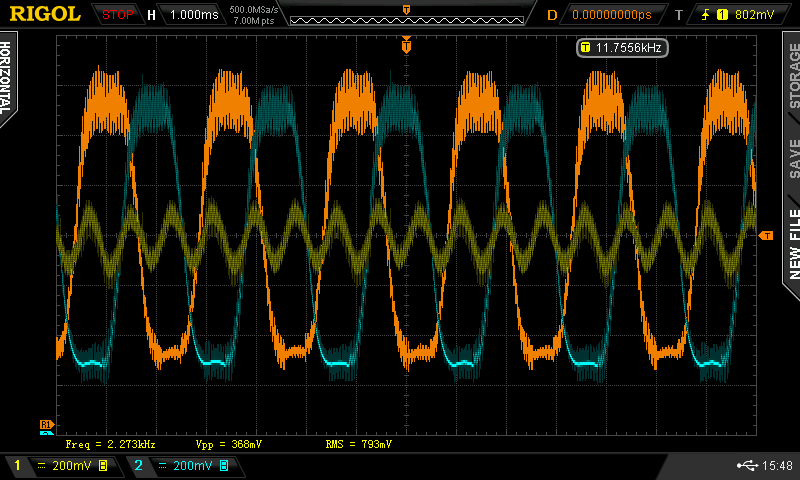 A zero-crossing happens when one of the phases (U, V or W) cross the the sum voltage. The motor controller is only sensitive for one phase. It can be seen that the sum voltage is not as flat and the phases are noisier as in the theoretical description of the commutation principle.

I'm using the PCBs from version 1.0 (the gerber data for Seeedstudio can be found in the attachments) unfortunately the LDO AP1120SBL is obsolete. It can be replaced with MC33269D-3.3G with some modification. 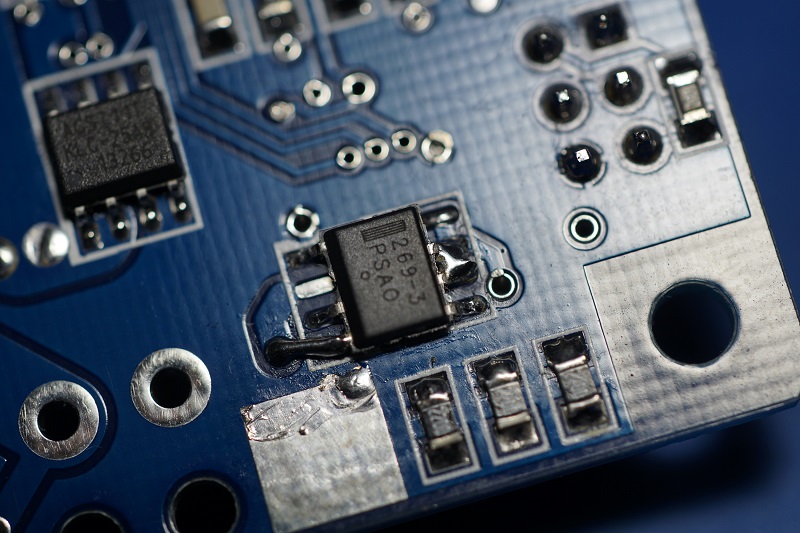