The goal of this project is to have a calendar that updates itself automatically and shows up on a e-paper display. Furthermore, it should operate from a battery and recharged rarely.

The project can be divided into the following parts.

E-Paper displays are hard to get, especially big ones. However, I found a 10.1" monochrome display which is available from Digikey (Pervasive Displays S2A20CS171). The resolution is quite good with 1280px by 1024px. The display is a bit pricy (ca. 260$), but it comes with an interface module. The module itself can to controlled over SPI.

A Li-Ion/Polymer battery is used as a main power source. The battery can be charge with a USB cable. The charge-regulator (TI BQ25606) should work with all common smartphone chargers. During charging the battery temperature is supervised to prevent a damaged battery from further damage. For the main +3V power supply a switching regulator (TI TLV62568) is in operation.

A Silabs Pearl Gecko (ARM Cortex M4) does all the calculating. This MCU was designed for low power application and makes it easy achieve a low power consumption. More importantly the MCU has 1MB flash memory and 256kB RAM. The RAM is big enough to fit an array for the pixel-data (1280x1024x1bit = 164kB).

If the flash memory of the MCU is not big enough to fit all the graphics and fonts a microSD card can be added to increase memory.

To update the calendar data a WiFi module is populated. The ESP-12 was chosen for that task, because its inexpensive.

In the current firmware version the calendar data can be downloaded from the local network (nextcloud server) and be displayed on the e paper display. 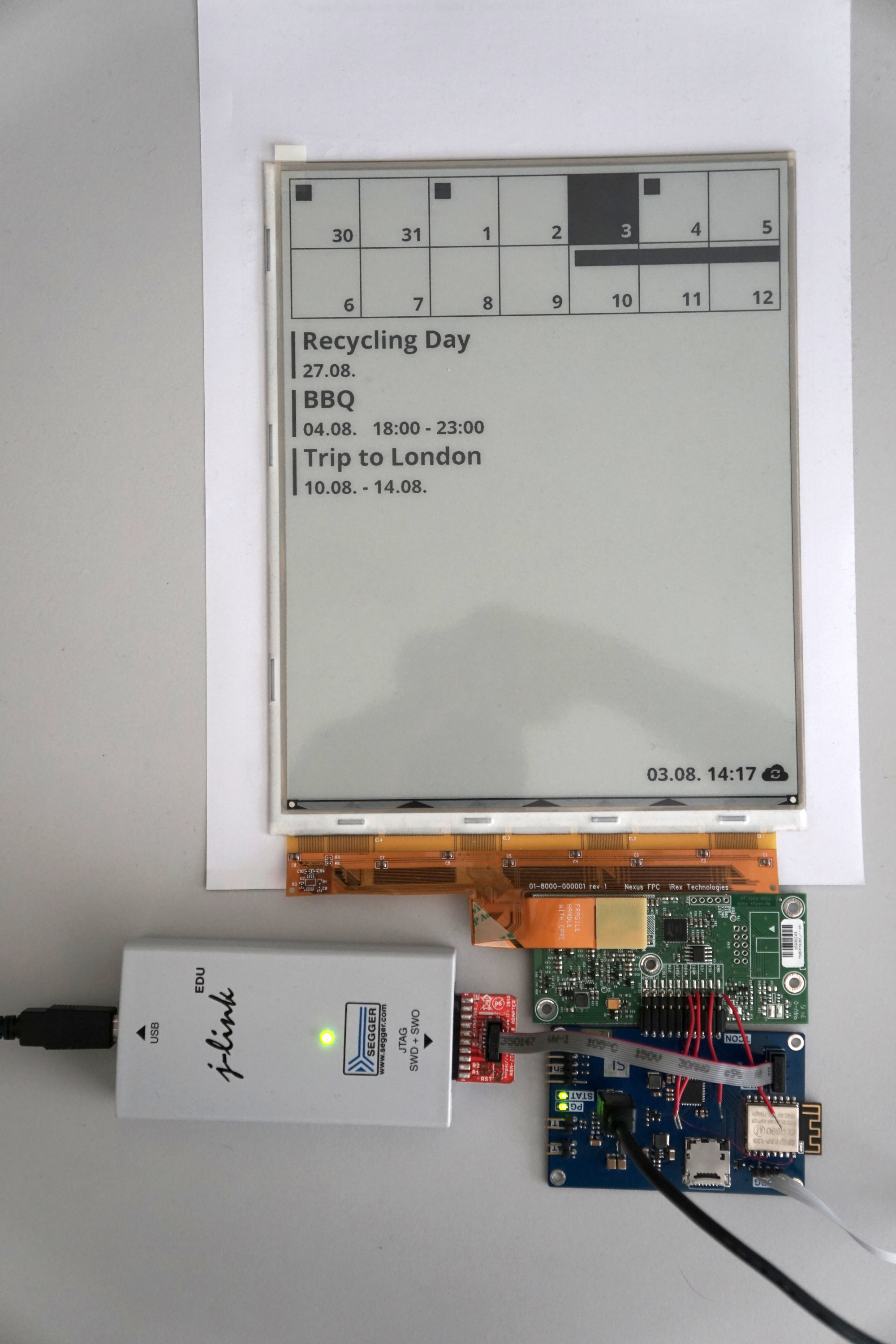 The graphics functions were tested beforehand in computer simulation, the software can be found on GitLab.

The firmware and ESP-12 program haven't been uploaded to GitLab yet, because I need to remove some passwords first and clean up the code.

While developping the firmware a major hardware problem emerged: the switching regulator uses to much power in idle. This resulted in a standby current of 5mA which is way too high. The target current is below 1mA. There were some more flaws in the hardware design as well.

The following things will be changed in an upcoming hardware revision:

Unimportant resistors and capacitors are not linked to octopart.