I needed a simple opamp board for whatever - just basic dual inverting amp to provide some gain and be modularly designed so I can use for prototyping many different opamp circuits in the inverting configuration. I can use these as stereo channel modules for feeding multiple channels into an inverting mixer (which would be another module or could even be one like this but with the input resistors off-board).

I added lots of feedback network positions with generic resistor-like (Z') components which gives me some "prototyping area" in which to experiment and design different filter frequency cutoffs and clipping diodes for guitar pedal overdrives etc.

I am using this board as a stereo channel buffer / gain module along with the slider panel to build my own custom stereo 4-input audio mixer. I had a look at mixers for home studios on the market and there are plenty that at first appear very low-cost and feature rich. However, none of them seem to be built explusively for combining multiple stereo sources to a power amplifier input and most small mixers don't have bus and alternate master outputs, which is what I need for my home studio. This is needed because I'm mixing the stereo line outs from a Roland GR-55 guitar synth, with my Roland FA-66 firewire audio interface on the Windows 10 DAW PC. Those are going to a stereo Class-D audio power amp which powers my Polk Audio bookshelf monitors, and a separate bus master goes to the 10" powered subwoofer (also Polk). I want to be able to separate adjust the main monitors and sub hence the design.

This module has been simulated in SPICE (Altium Designer) using the equivalent schematic of a single channel going through the fader at 100% and all the other channel faders at 0% into the summing opamp. I used a National Semiconductor (now TI) LF353 SPICE model. While this is not totally accurate it's good enough to verify gain, phase and frequency response to generate the following Bode Plot: 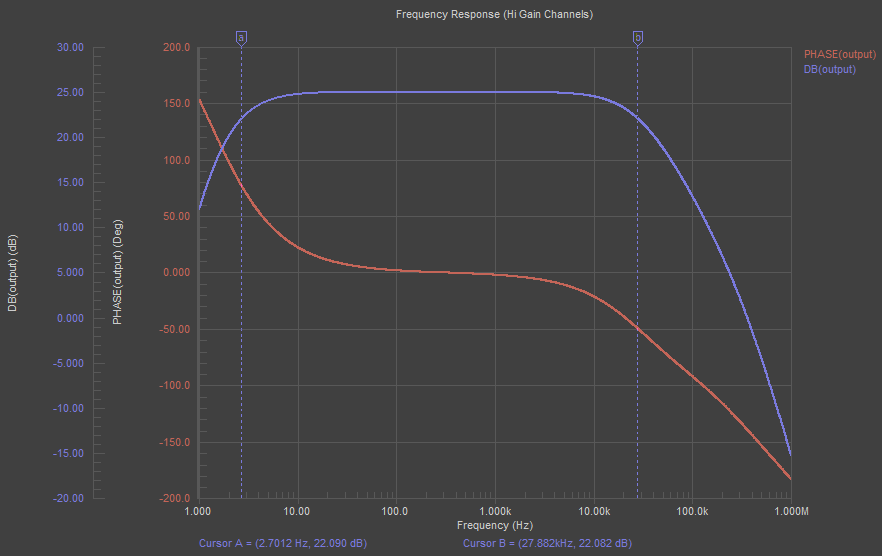 Here's the equivalent circuit I used for the SPICE sim: 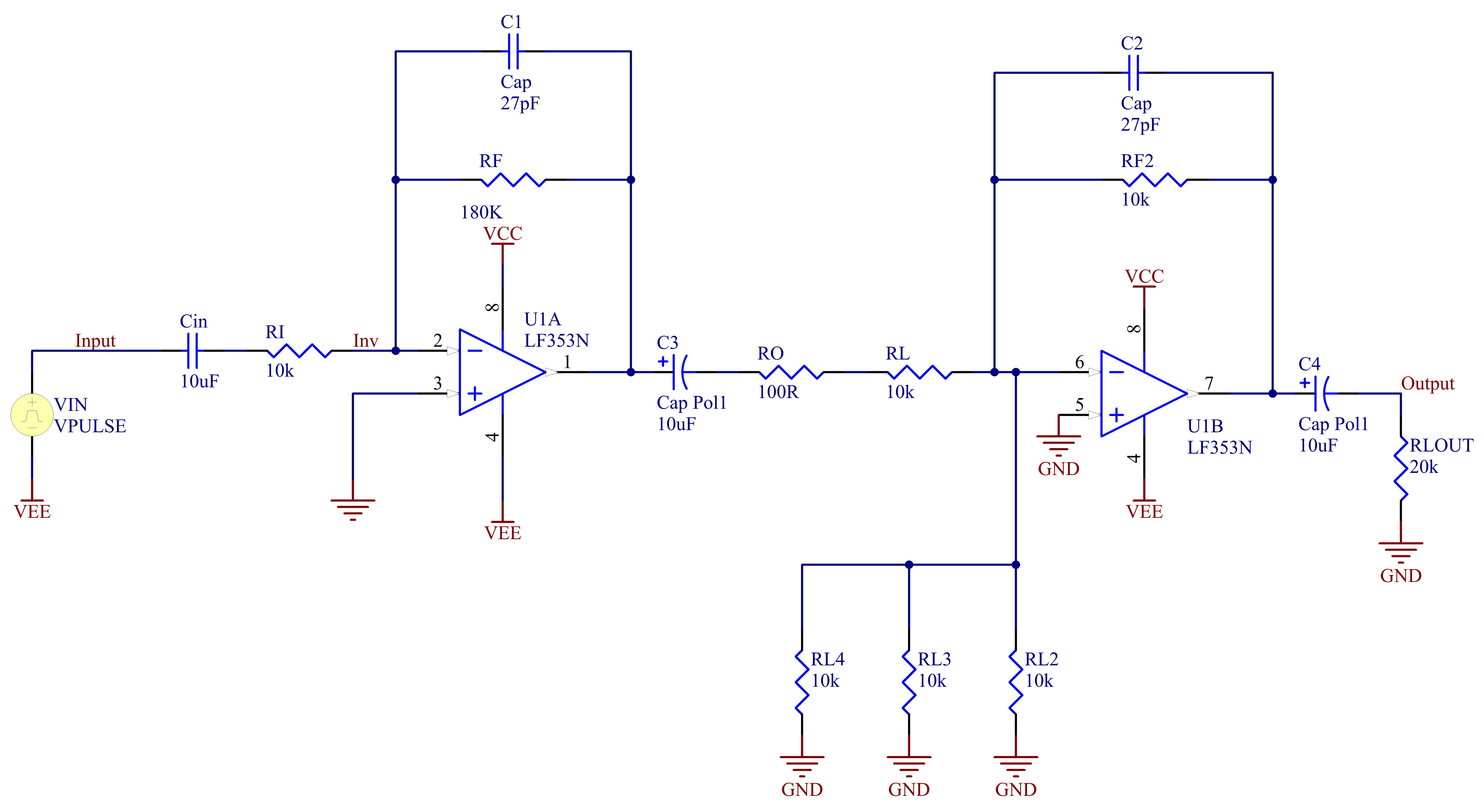 Of course the summin stage is on another of these general purpose opamp boards, but I used jumper wire to short out the input resistor and cap. The main slider board these plug into has the summing amp resistors on it. They are each 10KΩ.

Strictly speaking the 27pF caps should not be needed but it depends on which opamp you put in this board. I am using LM4562s which are internally compensated and "unity gain stable" which means that the caps aren't needed. However, I like to put them there and limit the frequency response to useful audio range (plus a bit) so that RF and other external sources are attenuated and don't cause trouble.

Pluse, I socketed these opamps and will be testing the design with some that are not "untiy gain stable", and therefore the external capacitor is needed for stabilizing (reduce unwanted ringing or oscillation) the input stage. Such opamps will be NJM2122 and LMV722 and similar. These opamps have amazingly low noise and distortion - great for audio - but the datasheets all have fine-print about stability and compensation which can affect the audio performance adversely if not accounted for.

I've added a link to the fabulous and free book by TI's Ron Mancini and others. This is a very detailed and thorough, but easy-to-read, guide to using Opamps. It talks about stability in opamp circuits and the need for external frequency compensation.